From the Driveway to a Dream

Jim Jones established Topside Marine in late 1989 when the auto mechanics of the local Automotive Union went on strike. He made the decision not to return to work at the auto dealership. As side work, Jim had been working on ski boats from his garage in the driveway of his home for years and had a growing customer base.

When his driveway became too small, Jim leased a 2,400 square foot shop in 2001. After four years, a continual increase of customers made it necessary to move to a larger shop in 2005. This 4,000 square foot shop provided much needed space for a parts department and larger service area. Jim dreamed of expanding to include boat storage, as well. For the first time, Jim was able to store a few boats during the winter months. Because of the demand for service, Jim once again found that he needed a larger shop and storage facility.

In late 2009, Jim leased a 23,000 square foot facility with two large buildings on a main thoroughfare in North San Jose. The one building was dedicated for storage while the other is the service center. Since 2010, the building and the outside storage areas have been and remain fully rented. Topside marine  has had a waiting list for storage ever since.

We have many loyal customers – many who have been bringing their boats to Jim’s ‘garage’ since the 1980’s. Today, their kids now bring their family boats to us, as well. Topside Marine has grown continually through our customer referrals. Topside Marine’s mantra of providing the very best customer service and craftsmanship has resulted in a reputation second to none. In providing both service and storage, Topside Marine is the “one-stop boat service center.”

Open 6 days a week for your convenience. 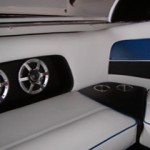 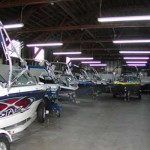